Spanish inheritance law is different from other European nations, so it’s important you understand the nuances when putting your affairs in order.

It might not be the most cheerful subject, but it is important that you make sure that you understand Spanish law when you’re writing your will. Taking action now can ensure that your wishes are fulfilled and your assets are protected for your nearest and dearest. In this guide to Spanish inheritance law, we provide you with some general advice. In this overview we outline some of the most important facts surrounding:

That said, every case is unique and you should consult an expert about your specific circumstances. Therefore, reading this guide will help you familiarise yourself with Spanish law and help you prepare some questions for your solicitor.

In the UK and Ireland, the succession law allows you to leave your estate to whoever you wish. However, in some countries, there are limitations. For example, Spanish succession law is different. In Spain, children and spouses are the ‘legal beneficiaries’. As a result, you’ll only have one-third of your property left to bequeath as you like.

From the 17th August 2015, Spanish residents who are nationals of another European country must state clearly on their will if they wish their own country’s inheritance laws to apply. If you have no will at all, then Spanish law automatically applies. Therefore, it is very important to make sure your affairs are in order if you’re retiring in Spain.

Making a will in Spain

There are many benefits to writing a Spanish will. First and foremost, it simplifies the inheritance process for your beneficiaries. As the documentation is already assembled, the procedure will be less complex and therefore, much faster. Preparing your will also gives you the opportunity to discuss the issue with an expert. They’ll be able to fully explain the implications of Spanish inheritance law. For instance, there are ways you can adjust your will to ensure that inheritance tax is kept to a minimum; one is to share your property out between several people. This can mean that there is less inheritance tax due as they will each have their own threshold, rather than just one.

Furthermore, a married couple must each make separate wills. Each will is prepared as a bilingual document, with one text in Spanish and the other in the writer’s chosen language. This document is then taken to the notary’s office where it is signed and certified. The notary keeps the original and forwards you a copy for your records. Next, the notary will record the papers with the Registro Central de Ultimas Voluntades in Madrid. This central registration means that your latest will is easily located. However, it does mean that if you do wish to change your wishes, you have to complete the process again.

Before you can register your property in your inheritor’s name, an inheritance tax declaration has to be made. Subsequently, the corresponding taxes must be paid. Spanish law allows six months for inheritance tax declarations. After this time, an additional 5% levy is applied every three months, up to a maximum of 20%. This is a very good reason to make sure that you are as prepared as possible.

Until recently, there have been differences in Spanish inheritance law in relation to residents and non-residents. However, following pressure from the European Commission, the Spanish government passed a new law on the 28th November 2014. This meant that for all bereavements and donations after January 1st 2015, the taxation of Spanish inheritance must not discriminate against non-residents and therefore benefit from the same tax reduction as residents. 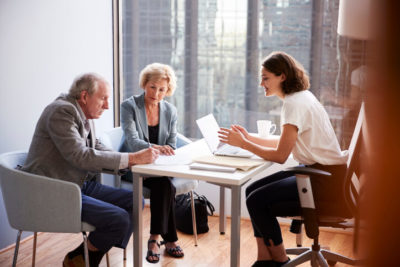 In Spain there are two laws that govern inheritance tax:

Your beneficiaries have to voluntarily declare the value of their inheritance. It is wise to take advice on this, as an extra tax will be charged if the authorities dispute the declared value.

It’s important to be aware that there is no automatic transfer, even if it is a spouse who’s died. In every case, the formal procedure has to be followed. Moreover, you should be aware that failing to inform the authorities of the death of a co-owner of a property means that when the property is passed on, a retrospective transfer will need to be made.

Some people prefer to donate their property rather than bequeath it when they die. If you do decide to do this you still need to sign a new title deed. This process is called the donación de bienes and is considered a gift from the donor to the recipient. You will still have to make a donation tax declaration but, as is the case with inheritance tax, the levy is less when you are a close relative, such as a parent or a child. However, allowances vary from community to community.

Making a will in Spain that clearly outlines your wishes and whether you want the succession law of Spain or your home country to apply will substantially help your beneficiaries. To make sure you and your beneficiaries are protected, it’s essential to seek expert advice. With the proper advice, you can carefully consider the tax implications for your inheritors. Therefore, you should seek a reputable solicitor who can communicate with you in your own language. Managing your inheritance may not be the most pleasant task, but it will make all the difference to those closest to you.

Adverse possession also exists within the Spanish system. You have to bear in mind that the one who is in possession of the land must be aware that they are not the owner and the time limit would be 30 years.

What if I’m living in Spain and someone leaves me money and/or property in their will, in another country?

What would I pay in inheritance taxes in those circumstances?

It will depend in the region you are living and of course the amount you have inherited.

We own a property worth 145,000 euros having paid 179,000 euros for the property in 2002. How much inheritance tax is payable on first death? Would additional tax be payable on second death? Would it be advisable ownership to younger members of our family/friends now? If so what would the tax implications be?

Hi John,
Thanks for your message.
We would need to have more details of your case and the property.
Should you wish for us to give you more information and a cost estimate of the process, please contact us at legaldpt@abacoadvisers.com
Kind regards,
Ábaco Advisers

My dad lived in spain and then moved to the UK, his wife died in Spain and they had a property. My step sister has sold the property and kept the money, even though my dad made an english will when he arrived back, which was all done correctly by an english solicitor, leaving his entire estate to his children. We went through english probate and paid all inheritance tax on UK and Spanish property. Her mother states in her will that although being a spanish resident she wanted to be governed by British Law. I was under the impression that a non blood relative could not inherit my father’s estate as this had to be a Son/Daughter. My step mother passed away before my father. My step sister claims that the solicitor obtained my father’s death certificate via Madrid. She said that she didn’t want to declare her mother’s death for 4 years, well it’s well and truly passed this date, as she didn’t want to pay inheritance tax on not just that property, but the villa her daughter lives in, cars etc as she put all this in her mother’s name. Is it worth me fighting this or am I just wasting my time!

First of all, please note that anyone, even a non blood relative, can inherit. Indeed, according to British inheritance laws, there is no forced heirship, that is, you can freely appoint your inheritors. Moreover, when making a will, you can choose between the law of your nationality and the law of your residency to rule your future inheritance.

Having said that and according to what you state, it seems that they owned a property jointly and that your father made a will in which he left his share to his children. If that is the case, then you would have a right to claim your dad’s share on the property, as well as any other assets he might have had. However, you have to bear in mind that this action would have to be brought before a Court in Spain, which of course will entail costs and time.

We would recommend that you contact a litigation lawyer based in the area where the property is located to check their fees and see whether this claim would be worth it or not.

My uncle died recently, he has no relatives in Spain,but a big family in Syria.
The case was transferred to the court in order for the government to take over the property.
He has an apartment in Acoruna, How can we start the process to claim the property?
He has five living siblings (one brother and four sisters),one brother whose dead but has three adult children.
The property is about 100,000$ ,how much the tax would be?
Who gets to inherit?
Which laws apply?
How do we transfer the property to the inheritors?
I

Thank you for your message.
We will have someone from the legal department contact you shortly with some information regarding the process.
With kind regards,
Ábaco Advisers

My father lived and died in Spain without leaving a will. He re-married and and I wrote a letter to the solicitor to renege my part of any inheritance so it went to his second wife. The inheritance is a house and a small bank account. The solicitor has taken 12 months and still no resolve . What are the processes for transfering the titles?

In our country there is no transfer of ownership from deceased to inheritor automatically upon decease, on the contrary in Spain it is necessary to sign a new title deed where the estate registered in the name of the deceased is transferred to the proved as legal inheritor. The inheritance process is known as “Adjudicación de Herencia” and it is advisable to complete the transfer of the property from the name of the deceased to the name of the inheritor within six months. A new Title Deed for the property, in the inheritor’s name, must be signed in the presence of a Public Spanish Notary. In order to do so, certain documentation has to be presented when signing the new deed. This document will be then registered at the Land Registry updating titularity of the property and the process should’t take more than 4-5 months in total.

In order to give you specific advice we would need some more information about your late father, his descendants, ancestors and spouse to determine the law applicable to the succession and the persons entitled to his Estate.

If you need more information or want to check if the process is being dealt correctly, please contact us at legaldpt@abacoadvisers.com